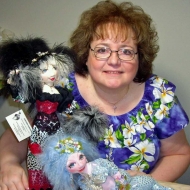 Come visit me at my BLOG: hppt://www.carolineshandmades.blogspot.com

Hello! My name is Caroline Erbsland. I am a self taught doll maker and

designer. I grew up in Westchester County, New York. I have always

and designing and making Victorian inspired jewelry. I only make one

of a kind dolls and love lots of glitz and fantasy. I am in my own

little fantasy world when I create. I love creating all cloth dolls with

detailed needle sculpted faces. I also find it fascinating to sculpt in

clay, as I have created most of my santa dolls with it. I have been

designing and drafting my own patterns for about three years. A

couple have been published in doll magazines, as have several of my

dolls. My patterns are sold on the internet. I have entered a doll the

My first year I won Judges Choice Award which was so exciting.

Judges Choice Award 2008 for Treasure of the Gypsy Challenge 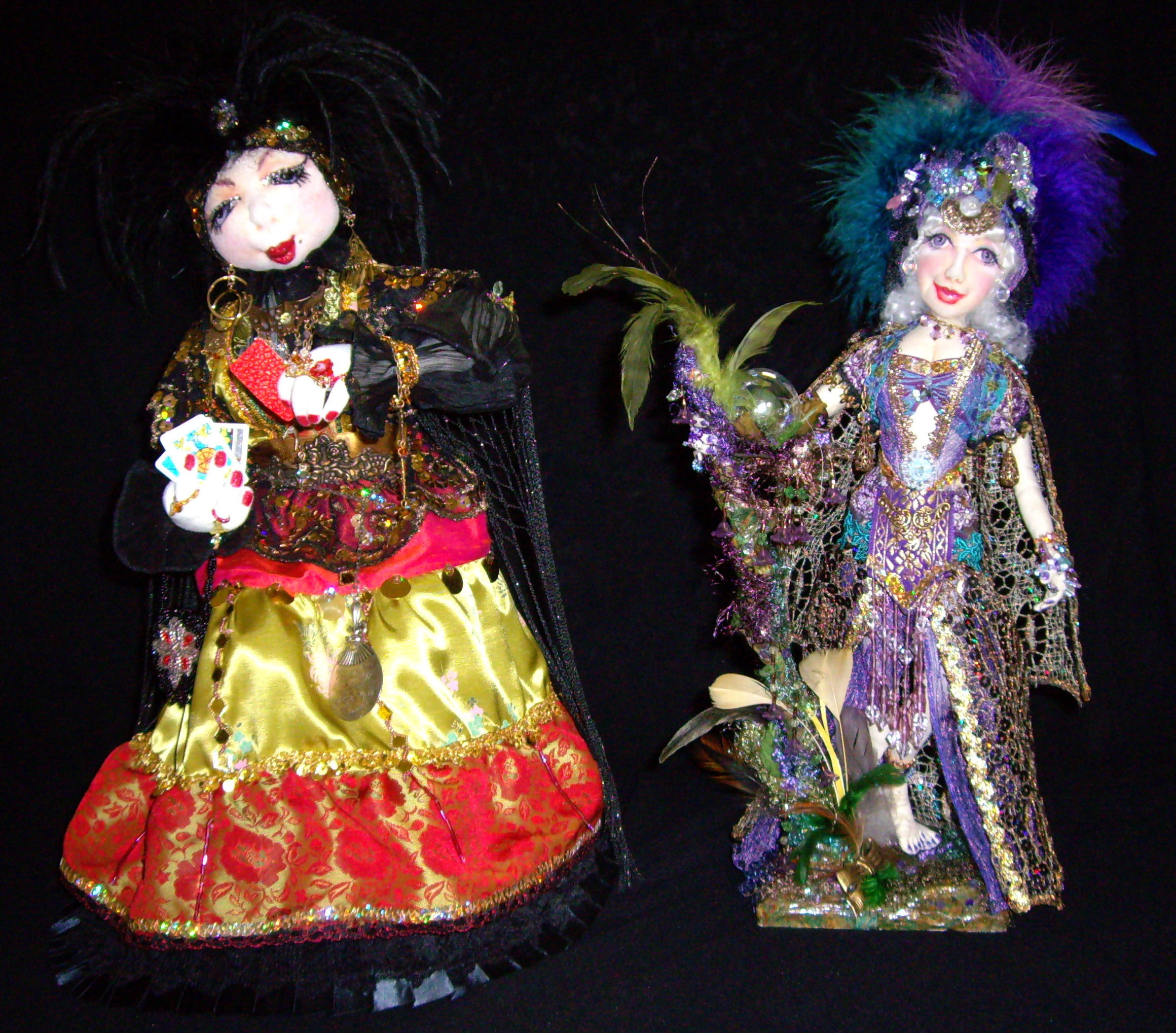 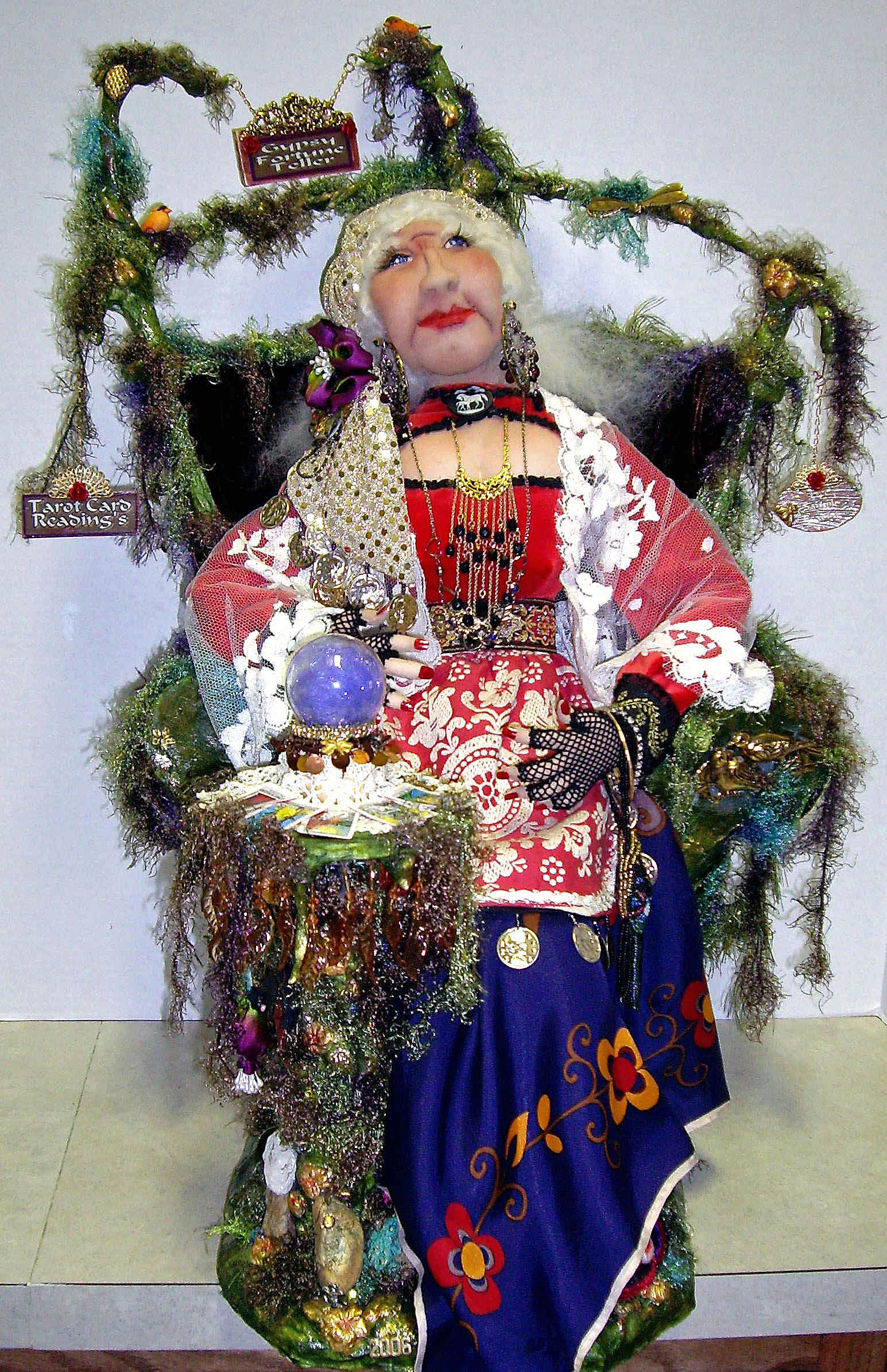 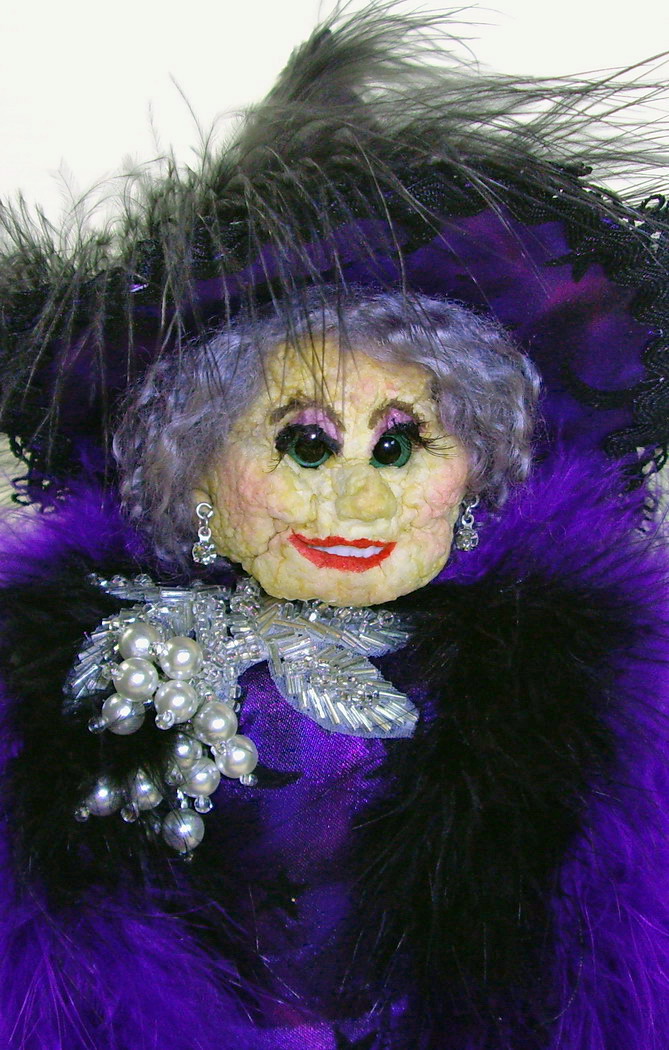 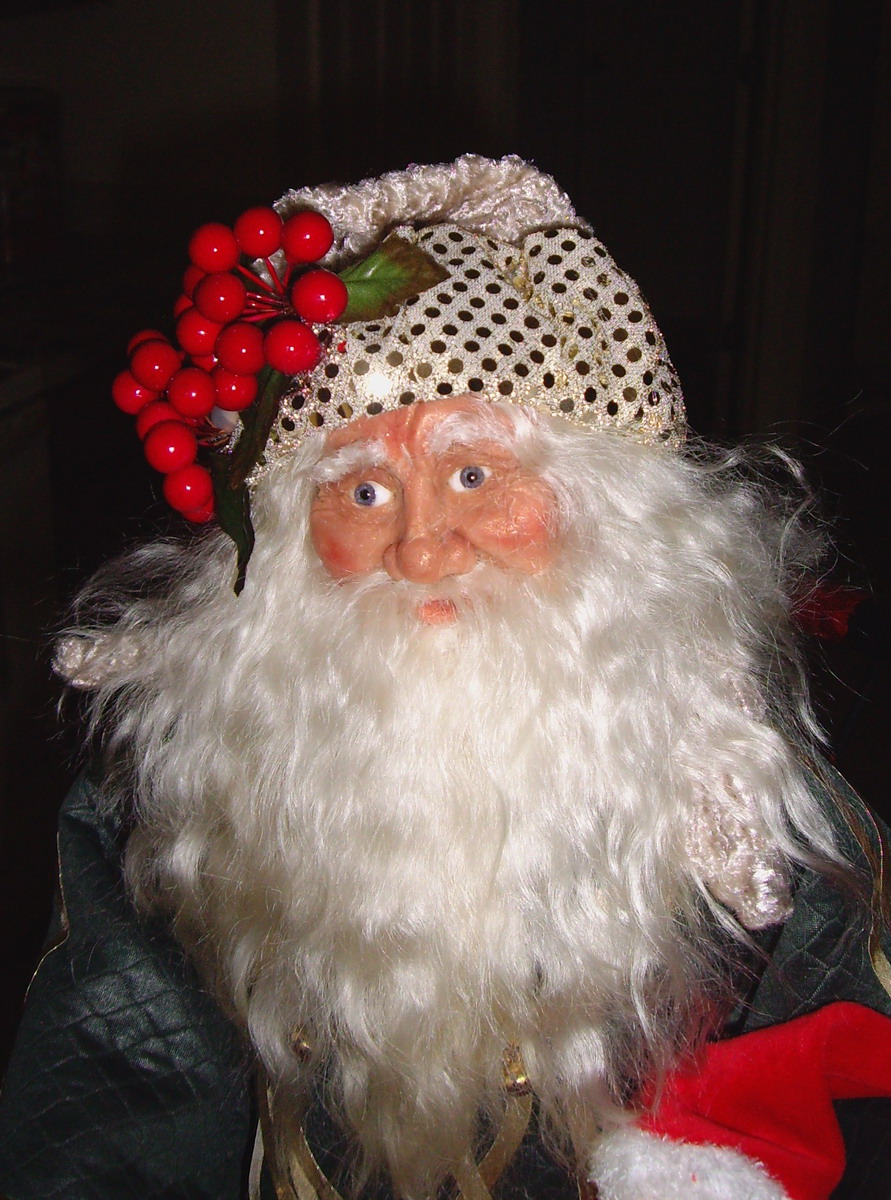 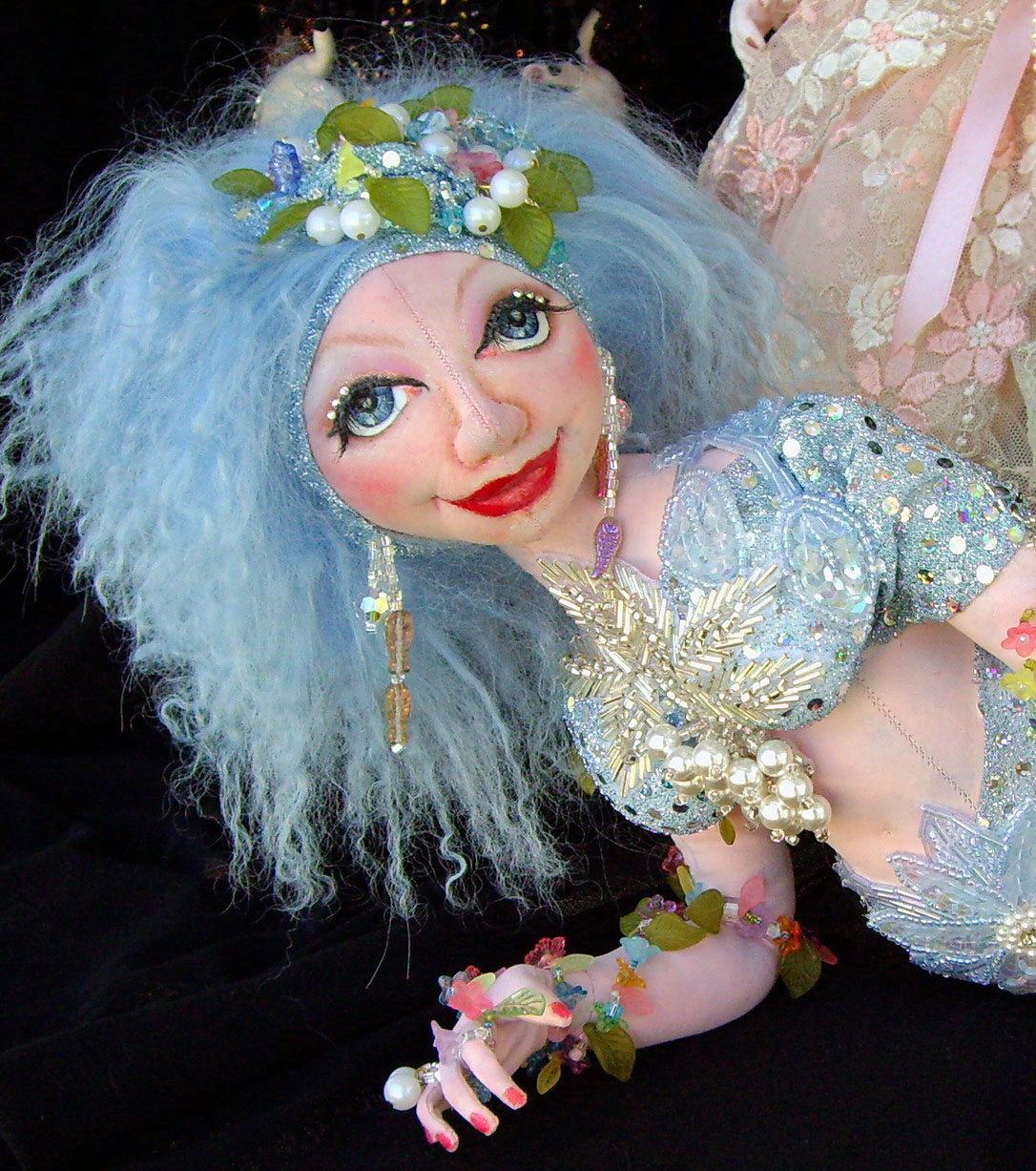