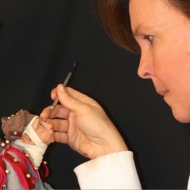 Karen grew up in Redondo Beach Calif, she was born into a very talented family. Her mother is a fine painter, seamstress and musician, and her father was a master carpenter, and musician (he passed in 2013). She grew up surrounded by creative people and experienced the arts first hand. Karen loved to make things, accessories for her sculptures, miniature furniture and clothes for her doll creations. One of seven siblings meant that she had to make do with the toys that she received for gifts and those that she made with her own hands. Making dolls and toys sparked her love for sculpting. In the beginning, she made miniature animals and people out of modeling clay. Later as she became an adolescent and started school her talents were recognized by her educators and family. Her family made it possible for her to enjoy art lessons to include painting and pastels and later sculpting. She gives credit to her first college class in sculpture for helping her to decide on a career of sculpting for her profession. Meeting the Master Doll Maker Mr. Jack Johnston became a turning point in her doll making career. Karen took his beginning, advanced, professional and masters course and was always at the top of her class. She advanced rapidly and soon was invited to became his apprentice. Karen and Jack teach specialized classes in one fourth scale and miniature scale human figures throughout the year. ​​​ 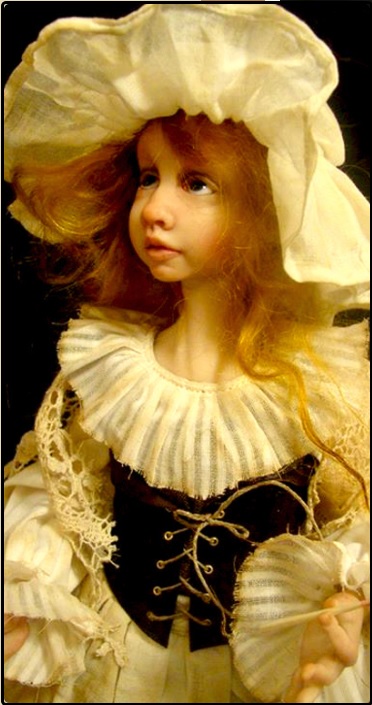