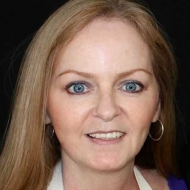 Hi, I’m Kellie Beckett.
I am a nurse, finish carpenter, wife, sister, mother, aunt, and friend.
As funny as is sounds, I’m also a One of a Kind (OOAK) Doll Maker.
I began this amazing doll journey in June 2009 while making a cake.
I had baby faces I made from fondant frosting all over my kitchen.
My husband marveled at my creations and told me I was pretty good
at this-and suggested I get some clay. And that’s how I got started!
I believe each tiny tot has always been within me and is just waiting for the opportunity to be born from the clay. If it is in your heart it is in your hands.
Making Babies With Kellie Beckett DVD 2014 Published
by Jack Johnston's Original Art Dolls and is available at
ArtDolls.com
http://beckettartdolls.com/
kelkerbrad (ebay)
BeckettArtDolls (etsy)
EMAIL: Kellie.Beckett@yahoo.com
Facebook Kellie Beckett and Beckett Art Dolls