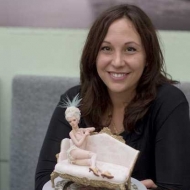 Patrizia Cozzo is a self-taught doll maker. Born in Tuscany in 1972, now she lives in a small town in Umbria with her husband and two children. She has always been fascinated by art, but in her school career could not follow this inclination and had a scientific background instead. Passionate about cinema and illustration, during her university years, she entered the world of comics doing the lettering for several comic books even winning one of the most prestigious awards in the industry in its category and, in the meantime, she became passionate about polymer clay and making jewelry and small funny animals.
In 2005 She discovered the world of art dolls, while surfing the internet. In 2007 she began sculpting her own dolls finding in them the perfect medium to express her creativity and continue to cultivate her the twenty year old love for polymer clay. Today she creates miniature dolls in Prosculpt that she then paints, dresses and wigs using preferably, handmade paper, silk and natural fibers and antique lace. Her favorite subjects are related to nature, mythology and literature written or painted. She loves to use these inspirations in her dolls trying to infuse them with her personal vision of the world and her love for the anatomy and movement of the human body.
Awards and publications: *2010 Colliii Award Best One of a kind Mini Fantasy Figure
* 2011 Second place Prosculpt Award Contest - advanced category
*2011 Artist of the Year IADR
*2011 Colliii Award Best One of a kind Mini Fantasy Figure
*2012 Honorable Mention Prosculpt Awards
*2014 Third Place Hannie Sarris Doll Award
*2015 Special Guest At Dabida (Dutch and Belgian Institute of Doll Artists)
*2015 Published in the second volume of “The Finest Dolls of World” 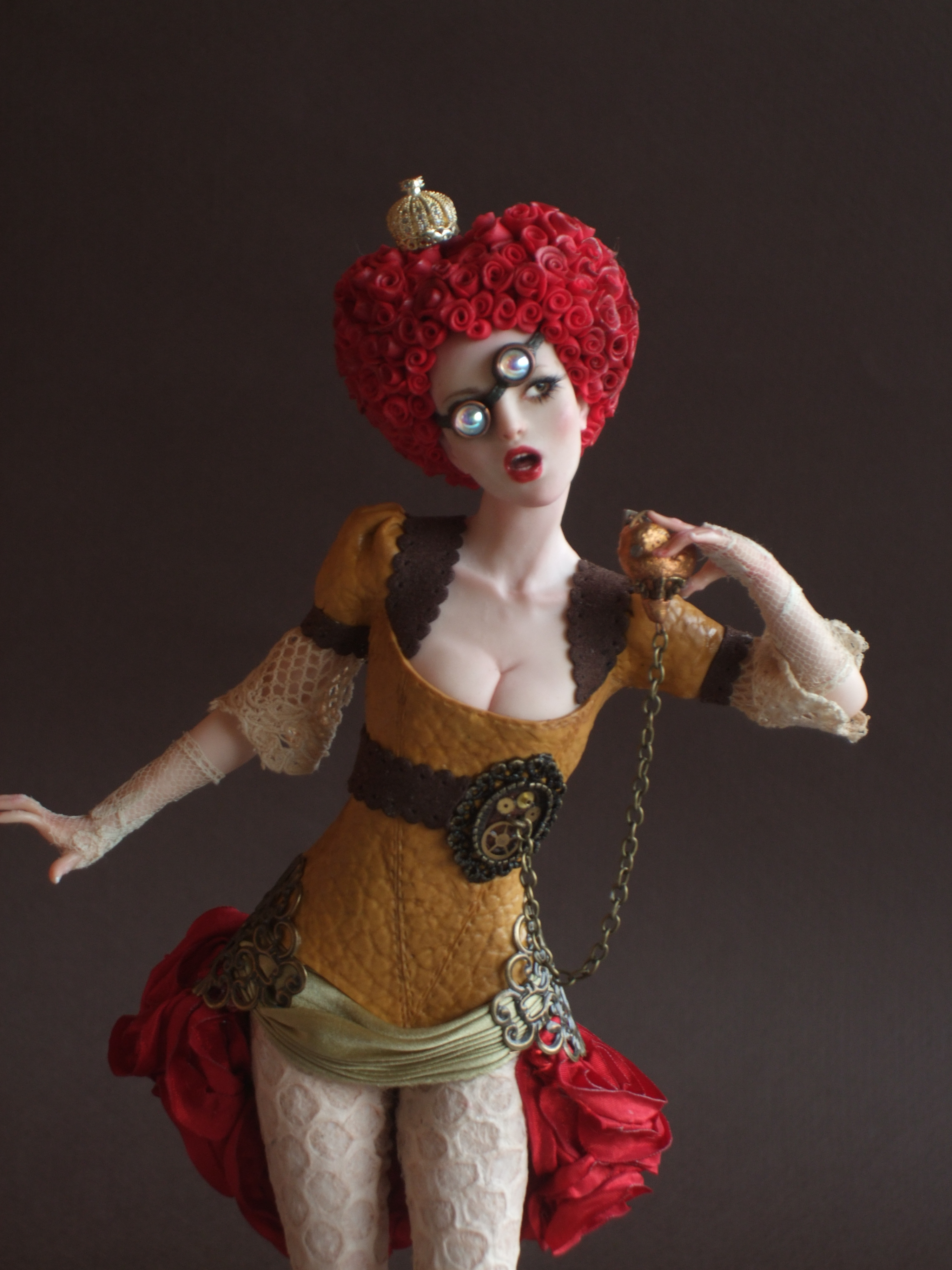